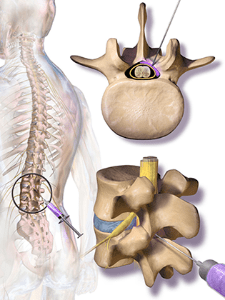 The long acting steroid injected reduces the inflammation and swelling of spinal nerves and other surrounding tissues in the epidural space. This may in turn reduce pain, tingling and numbness and other symptoms caused by such inflammation, irritation or swelling.
Epidural injections are most commonly performed for nerve root pain into the arms or legs caused by some irritating or inflammatory process such as a disc herniation. The success rate may be as high as 70 percent or more for patients with these symptoms. Epidural injections are also quite successful for spinal stenosis or a gradually tightening of the spinal canal from degenerative processes. Epidural injections can also help degenerative disc disease, certain neuropathies, reflex sympathetic dystrophy and other conditions. In most cases, patients who have epidural injections have already tried other, more conservative, treatment such as anti-inflammatory medication, chiropractic or physical therapy. 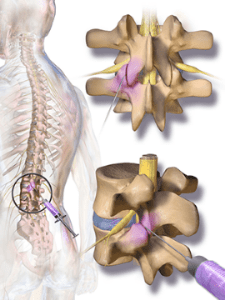 Facet injections are used to reduce the inflammation and swelling of tissue in and around the facet joint space. This may in turn reduce pain and other symptoms caused by inflammation or irritation of the facet joint and surrounding structures. Usually we think of facet joint pain as primarily spine pain, though in some patients there can also be referred pain into the surrounding tissues and even into arms or legs.

Medial branch nerves are small nerves that feed out from the facet joints in the spine, and therefore carry pain signals from those joints. Facet joint injections are often used to identify a pain source; however, these injections, and other treatments that may be tried, do not always provide lasting pain relief. In such cases, it might be beneficial to confirm that the facet joint is the source of a patient’s pain so that a radiofrequency medial branch neurotomy may be considered for longer-term pain relief.

A medial branch nerve block temporarily interrupts the pain signal being carried by the medial branch nerves that supply a specific facet joint. If the patient has the appropriate duration of pain relief after the medial branch nerve block, that individual may be a candidate for a neurotomy. A radiofrequency neurotomy is a type of injection procedure in which a heat lesion is created on certain nerves with the goal of interrupting the pain signals to the brain. A neurotomy should then provide pain relief lasting at least nine to fourteen months and sometimes much longer.

Interruption of the sympathetic chain is used as both a diagnostic and therapeutic intervention. Most commonly, in the pain management center, it is used to establish a diagnosis of sympathetically mediated pain in reflex sympathetic dystrophy. Therapeutic effects of the local anesthetic can be seen for a much longer duration than would be expected. The idea is that regional blockade somehow resets the sympathetic tone to a more normal state. Other conditions that sympathetic blockade is used includes peripheral vascular disease and Raynaud's disease, done to enhance regional blood flow, alleviate pain, and speed ulcer healing.
Sympathetic blockade is also used to treat pain from visceral origin. The classic indication for celiac plexus blockade is pancreatic cancer. This pain can be particularly difficult to treat with standard opiate regimens, and is probably one block done for cancer pain that is indicated earlier rather than later in the course of the disease. Superior hypogastric plexus blockade is used to treat pelvic pain, both from malignant and non-malignant causes.

Neurolytic blocks are used to interrupt the pain pathway. This type of block is useful in certain circumstances after careful consideration of the risk/benefit ratio. Locations amenable to neurolytic blockade include the celiac and hypogastric plexus in the abdomen, the intercostal nerves, and the trigeminal nerve. All of these regions do not have motor nerves and thus have a favorable risk/benefit ratio for neurolysis with minimal risk of motor impairment.

Neurolytic blocks are useful in the control of intractable visceral cancer pain. Neurolysis is typically achieved chemically using injections of alcohol (50% to 100%) or phenol (7% to 12%).[8] Two neurolytic blocks commonly used to provide analgesia and aid in pain management are the celiac plexus block and superior hypogastric plexus block.[2] Although these interventions may provide complete analgesia in some cases, they are typically used as adjuncts to opioid therapy to optimize treatment of cancer pain. When used with opioids, neurolytic blocks allow opioid doses to be reduced, resulting in fewer side effects associated with opioids (eg, nausea/vomiting, constipation, confusion, and sedation).

Trigger point injection (TPI) is used to treat extremely painful areas of muscle. Normal muscle contracts and relaxes when it is active. A trigger point is a knot or tight, ropy band of muscle that forms when muscle fails to relax. The knot often can be felt under the skin and may twitch involuntarily when touched (called a jump sign).

The trigger point can trap or irritate surrounding nerves and cause referred pain — pain felt in another part of the body. Scar tissue, loss of range of motion, and weakness may develop over time.
TPI is used to alleviate myofascial pain syndrome (chronic pain involving tissue that surrounds muscle) that does not respond to other treatment, although there is some debate over its effectiveness. Many muscle groups, especially those in the arms, legs, lower back, and neck, are treated by this method. TPI also can be used to treat Fibromyalgia and tension headaches. 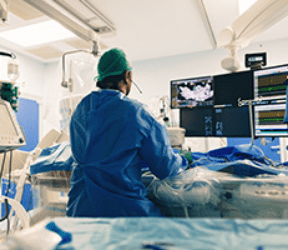 Radiofrequency ablation is a procedure using radio waves or electric current to generate sufficient heat to interrupt nerve conduction on a semi-permanent basis. The nerves are usually blocked for 6-9 months, although it may last as short as 3 months or as long at 18 months or longer.

Radiofrequency ablation disrupts nerve conduction, specifically interrupting the conduction of pain signals. In turn, this may reduce pain, and other related symptoms. Approximately 70 percent of patients will get a good block of the intended nerve. This should help relieve that part of the pain that the blocked nerve controls. Sometimes after a nerve is blocked, it becomes clear that there is pain from the other areas as well. 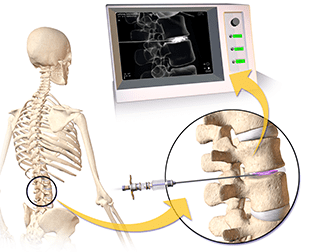 Discography confirms or denies the disc(s) as a source of your pain. It is a relatively simple procedure that uses a small needle to inject contrast dye into your disc. MRI and CT scans only demonstrate anatomy and cannot absolutely prove your pain source. In many instances, discs are abnormal on MRI or CT scans but are not a source of pain. Only discography, which is a functional test, can tell if the disc itself is a source of your pain. Discography is usually done only if you think your pain is significant enough for you to consider more advanced treatment options, directed at the disc itself, such as surgery. 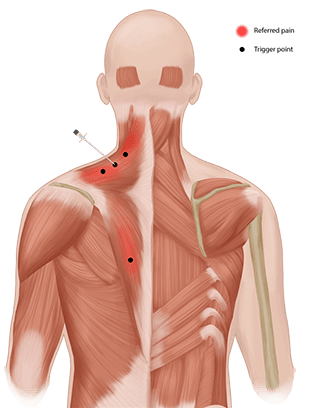 There are several toxins produced by the bacterium Clostridium botulinum. Botox® is a Type A strain, while the newer Myobloc® is a Type B strain. Although Botox® and Myobloc® have different mechanisms of action they both effectively reduce painful muscle spasm. Gradual relaxation of muscle spasm develops over one to two weeks after the injection of either agent. The reduction of muscle spasm lasts for 3-4 months and pain relief can last even longer. Conditions that are treated with Botox botulinum injections (Botox or Myobloc) include muscle contraction headaches, chronic muscle spasms in the neck and back, torticolis (severe neck muscle spasms), myofascial pain syndrome, and spasticity from multiple sclerosis or stroke. 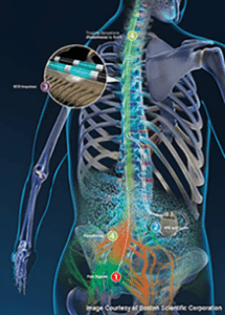 Spinal cord stimulators are most often used for patients with chronic and severe neuropathic pain, who have not responded to other more conservative treatments. Neuropathic pain is pain due to damaged nerve tissue. Common examples include patients with post-laminectomy nerve damage, radiculopathy, diabetic neuropathy and reflex sympathetic dystrophy.

A spinal cord stimulator generates a low level electric field to interrupt nerve conduction of pain signals to the brain.

Vertebroplasty is a medical procedure where bone cement is percutaneously injected into a fractured vertebra in order to stabilize it. The procedure is typically used for a spine fracture caused by osteoporosis, a disease that causes weakening of the bones and can lead to fractures in the vertebral bodies (those bones that make up the spinal column). An osteoporotic fracture can cause extreme back pain along with other symptoms, such as decreased height and spinal deformity or a hunchback appearance.
The main goal of vertebroplasty is to reduce pain caused by the fracture by stabilizing the bone. It is a minimally invasive procedure and patients usually go home the same day as the procedure. These procedures can even be performed with local anesthetic only for patients with severe lung disease who cannot tolerate sedatives well.